In this article we give some examples of Custom Analytics realizations using the delair.ai Python SDK, over the digital twin of an asset reconstructed in delair.ai.

This case illustrates how to integrate industrial machine data with site geospatial data.

“A quarry manager wants to use the most efficient routes on his site to move material from point A to point B” (typically, from the loading area in the pit to the crusher)".

How to solve this optimization issue ?

Using a modelization of the fuel consumption of trucks, and the 3D geospatial data resulting from the modelisation of a quarry, it was possible to compute and display as a layer in delair.ai the best trajectory along available haul roads that minimizes the overall fuel consumption between two points A and B. Let's examinate the successive steps to this result.

Step 1 is to use delair.ai built-in analytics for generating the quarry haul roads as an input to this fuel map computation :

Step 2 is to define the fuel consumption between any points, using :

Step 3 is the development of a small Python script using the SDK. This script :

In conclusion, it was possible to simulate the fuel cost associated to a certain positioning of the crusher versus the loading area. 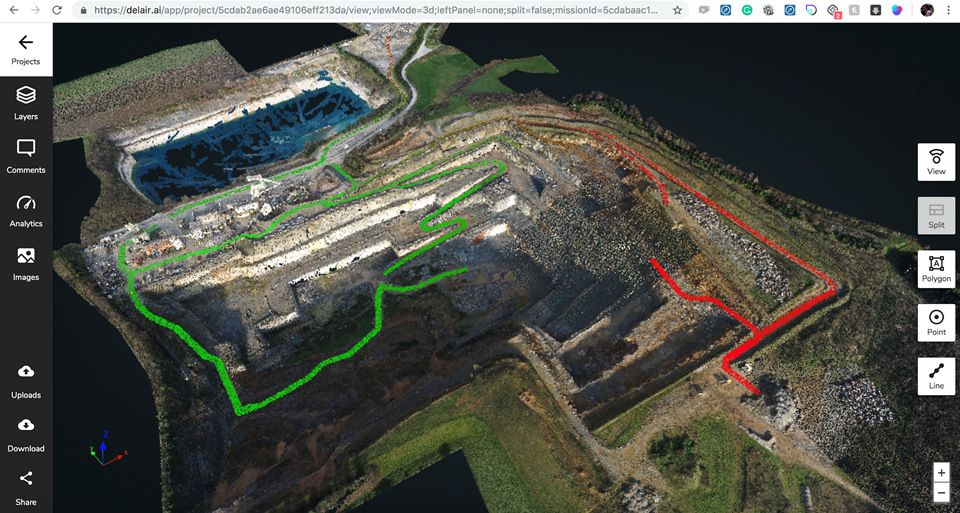